We had an awesome Christmas with most of our kids. Tyler was the first visitor to fly in. He flew into Atlanta during a storm and was diverted to Memphis then Nashville and finally arrived 2 hours late. CJ flew in to Chattanooga following his bowl game in Tuscon and Elizabeth flew in on New Years Eve. We had Jason, Anna plus the grandkids, Tyler, Aleena, CJ, Chad, Shelby, and Elizabeth.  Love having family over!!  Craig cooked his famous ribs, Grandma’s beans, mash potatoes, ham and a turkey. Our refrigerator was overflowing to say the least. 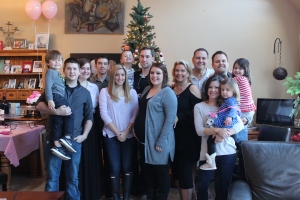 We spent a quiet New Years Eve playing games and we all crashed before midnight. Party animals that we are. It was really nice and no hangover made it better. Saturday we had Shelby’s baby shower that turned out beautifully. Good food and great people. Missed the ones that weren’t here in person. Aleena, Elizabeth and I did a casting of Shelby’s belly that was so cool! It was a little messy and there was lots of laughter!!! 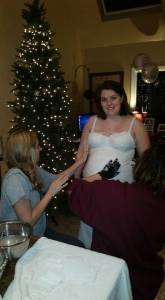 Craig is chomping at the bit to hit the road. We put the truck in the shop when we first hit town and had a bunch of little things fixed and a couple big ones. We got a new bumper and I am so excited about that. But we have a little problem heading out this month. Shelby is 8.5 months pregnant and having contractions. Nothing serious yet but we want to stay close in case. If baby Scarlett hasn’t made an appearance by Jan 23th Shelby will be induced. Love spending time with the grandchildren we already have too!! 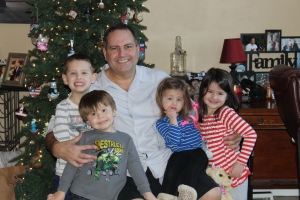 This weekend we had  a wedding. Chad and Shelby got married and we were super excited. Wish the weather cooperated but it was freaking cold and we did it outside. Jason married them which I think is so cool. When Craig and I got married, Shelby said she hoped when she got married, that Jason would marry her. She got her wish. 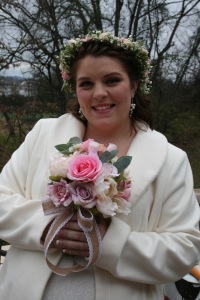 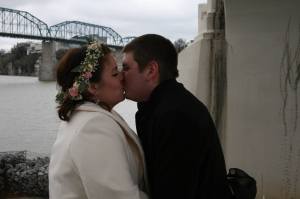 In 2016 we have one grandchild being born, two children getting married and who knows how many other incredible happenings. We are blessed to have the life we do!!! I hope everyone else’s 2016 has started out as wonderful as ours.

This entry was posted in CDL Team, Truck Driver. Bookmark the permalink.